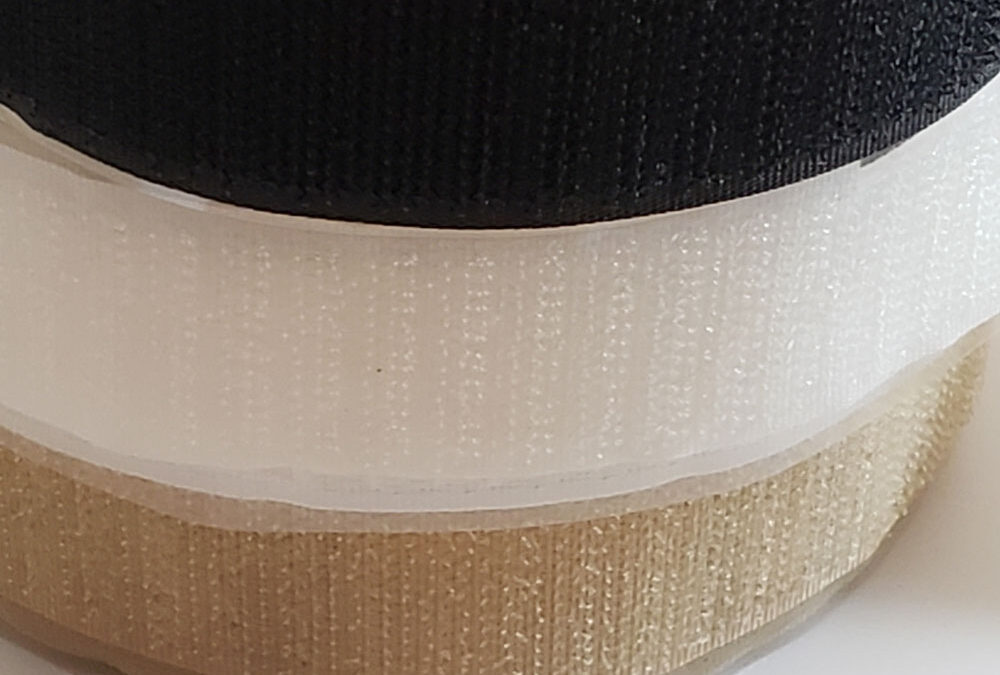 Velcro is the name of a brand. Hook-and-loop fabric is the product. It’s the same thing with many other products, for example, Kleenex is the brand name often associated with tissue.

Each fastener is made up of two pieces of materials – one with lots of tiny loops and the other has lots of tiny hooks you can hardly see. One part is the rough side it is called the hook. And the other part is the soft side it is called the loop. The hook and loop fastener’s name was inspired by how the technology works. The VELCRO® brand of hook and loop was invented by a man named George de Mestral in the 1940’s while hunting in the Jura mountains in Switzerland. Mr. de Mestral, a Swiss engineer, realized that the tiny hooks of the cockle-burs were stuck on his pants and in his dog’s fur and wondered how they attached themselves. Under the scrutiny of the microscope, he observed the hooks engaging the loops in the fabric of his pants. Want to learn more about how VELCRO® Brand works? George de Mestral needed a memorable brand name. And the VELCRO® trademark has a pretty unique origin. It’s a combination of the French words “velour” (velvet) and “crochet” (hook), essentially meaning “hooked velvet”.

Hook and loop loses its stickiness when it gets clogged with lint and grime. If the hook in not completely worn out Usually, you can make it stick again by cleaning lint and debris out of it, but if your hook and is very old and worn-out, you will have to replace it. To extend the life of your hook and loop, take preventative measures to keep it clean.

Does hook and loop wear out? With constant use, hook and loop can wear out eventually ? What sometimes happens is many of the tiny loops have broken, and the hooks have no loops to grab onto.

Hook-and-loop fasteners are super durable, and when both sides are pressed together, it creates a seal that stays put until you pull it apart. However hook and loop attracts and holds on tight to fuzz, lint, threads ,dirt and pet hair. This debris affects the seal especially if you neglect to clean your hook and loop when you see debris attaching to it, Eventually it may lose its sticking power. Making hook and loop stick again is relatively easy. Here are several ways on how to remove fuzz from hook and loop and rid it of hair, lint, and other stuff that prevents it from sticking securely. 1. Use a pet brush -pet comb? A wire bruch or a fine-tooth comb is a great way to remove fuzz — like lint and broken loops. Working on a flat surface, use the toothbrush to lift out the debris with short, swift strokes. Clean from one end of the hook and loop strip fastener to the other